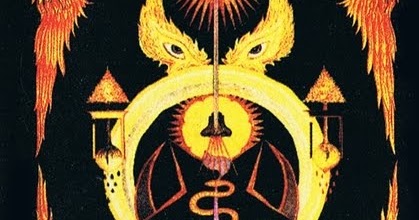 Sacriversum were a Polish metal band dating back all the fucking way to 1993. Holy fuck, Poland in 1993? How come this band doesn’t get more attention for that alone? Probably because after this blistering debut they jumped headlong into a gothic metal career, and we know how much gothic stuff riles up the metal horde. But whatever, it’s not like there wasn’t any inkling that this band was into gothic stuff, or was the sad, morose, keyboard and distant vocal narrative  interludes not hitting the nail into the crushed velvet coffin enough?

I can’t speak to their career after this album but this first one is straight up, thrashy, death metal on top of a symphonic/goth soundtrack. It’s not even really all the blended together, it’s like somebody did some symphonic scoring then a death metal band showed up and dropped their album in the mix. That sort of brazen approach is rather appealing, especially for the time period when bands like Paradise Lost where fully incorporating gothic styles with death metal. And they do try to meld the two a little bit with some acoustic passages, but the two features are wholly distinct, but I think that slapdash approach gives it a lot of it’s appeal. And the thrashier parts don’t hurt either. Hey there’s a fucking idea… goth thrash? Get on it, but before you do check out this Sacriversum album because it fucking rules and one day could be the hailed as the origin band for Goth Thrash. Throth? Grash? I’m going with Grash.