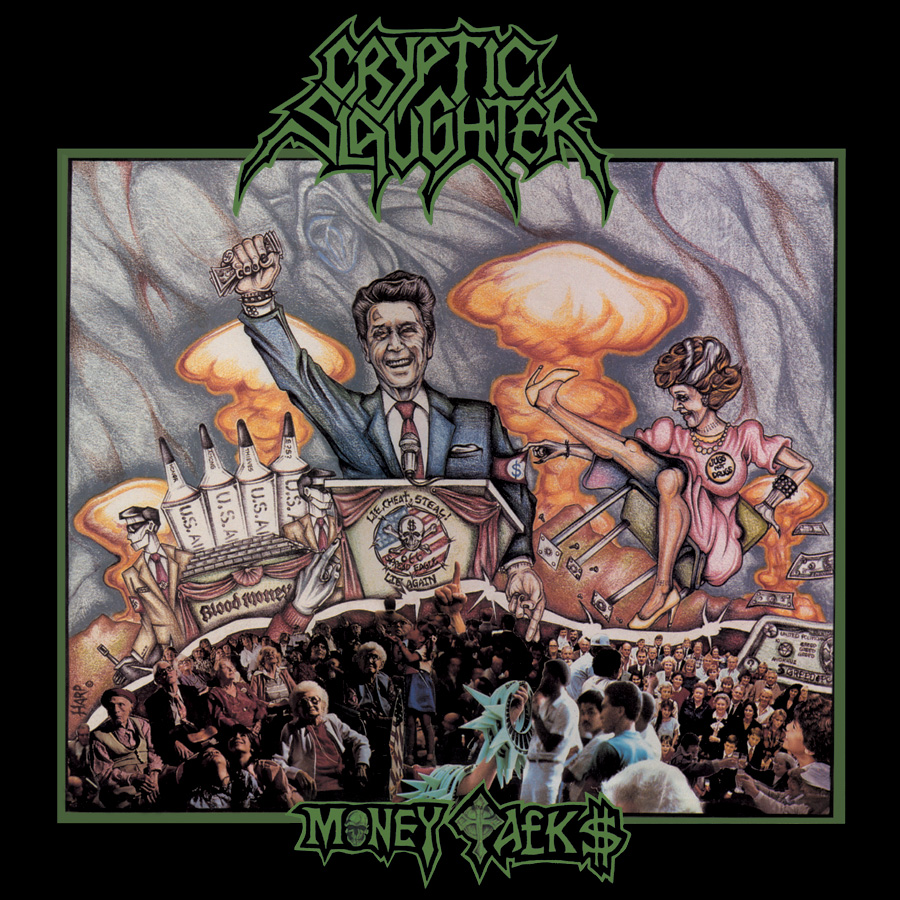 While I’m a thrash and punk fan, crossover has never really been my bag aside from a few select bands and albums. I do, however, enjoy other forms of metal and punk meeting IE the crust element that is exploding into black metal, so it’s weird that I don’t have that same gusto for crossover. Since I started this blog I’ve been finding more of a fondness for the style with older albums that I’m sure are classics to some but have hit me more recently.

What really caught my ear with Cryptic Slaughter is how fucking violent they are (were?). To me, crossover typically came with bands that were a little goofier. More of the party side of thrash and there was some humor to the genre. Not with Cryptic Slaughter. This is a full on, 80’s politically charged album that draws more from the angsty aggression of punk and the musical force of thrash. It’s probably one of the more aggressive albums from the genre at that time.  The songs are short, frantic, and to the fucking point. Even more so than typical crossover.

While this may not be an everyday sort of album for me, it’s a hyper blast of pissed off music that I can appreciate. It’s more enjoyable than a lot of crossover and a lot of the newer bands that worship at the altar of these 80’s forefathers. Put it on and get pissed off. There’s plenty worth being angry about.