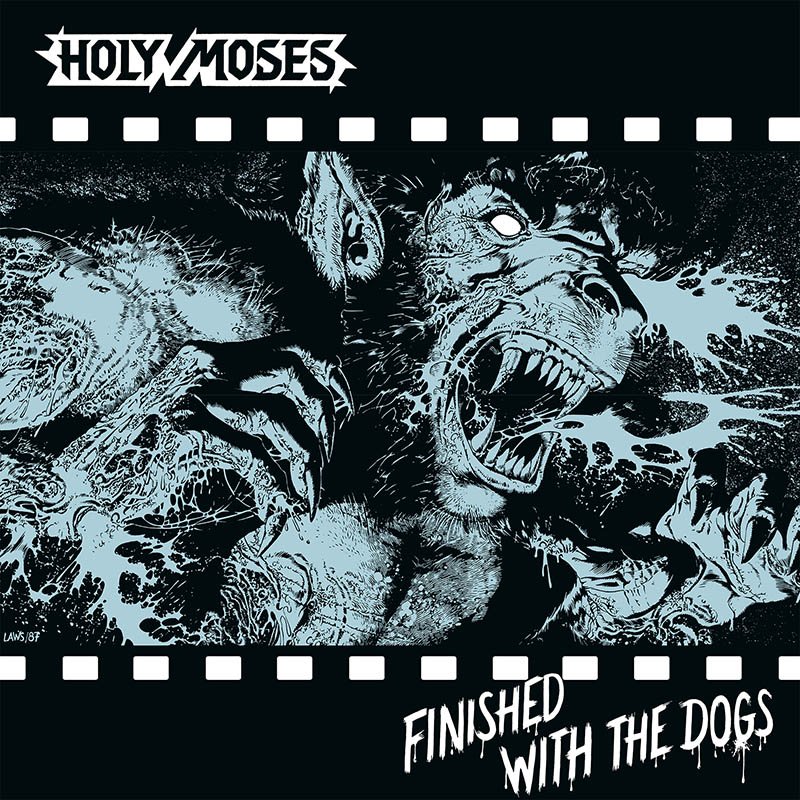 After putting on Holy Moses you’d think you’d have just heard a new era thrash band. “Sounds a lot like Municipal Waste, Black Breath, or Power Trip.” Now here comes the (unsurprising) kicker… Finished with the Dogs came out in 1987. WAY before “re-thrash”, “next wave of thrash” or anything like that was even an idea. Thrash was still a (kind of) new thing and was transitioning into death metal, and some of the rawest, and most fierce came from the Teutonic era in Germany. Holy Moses was one of the first of that scene, demo-ing around since 1980, 2 years before Sodom, 4 years before Destruction, and 5 years before Kreator. To say that Holy Moses’ influence on that scene is massive is an understatement.

On their second album, Holy Moses go on a full scale thrash assault. While crossover in 1987 was D.R.I. and The Accused’s punk driven metal, Holy Moses took the nastiest aspects of speed metal, thrash, and the dirtiest of punk. They don’t sound like D.R.I. or The Accused, or any of those early crossover bands. They sound like their own thrash monster. And they sound a hell of a lot like all these new thrash bands that are scene darlings nowadays. And Sabina Classen and her fucking perfect vocals put them all to shame.

It’s easy to hear a band like this now and let them get lost in a sea of similar sounding bands. It’s important to understand the context of the band and the time it was released because today it would be part of a sea similar releases. In 1987, while still part of a larger thrash ocean, it stands as a unique album, one that is clearly an influence on modern metal. It’s fucking fantastic.