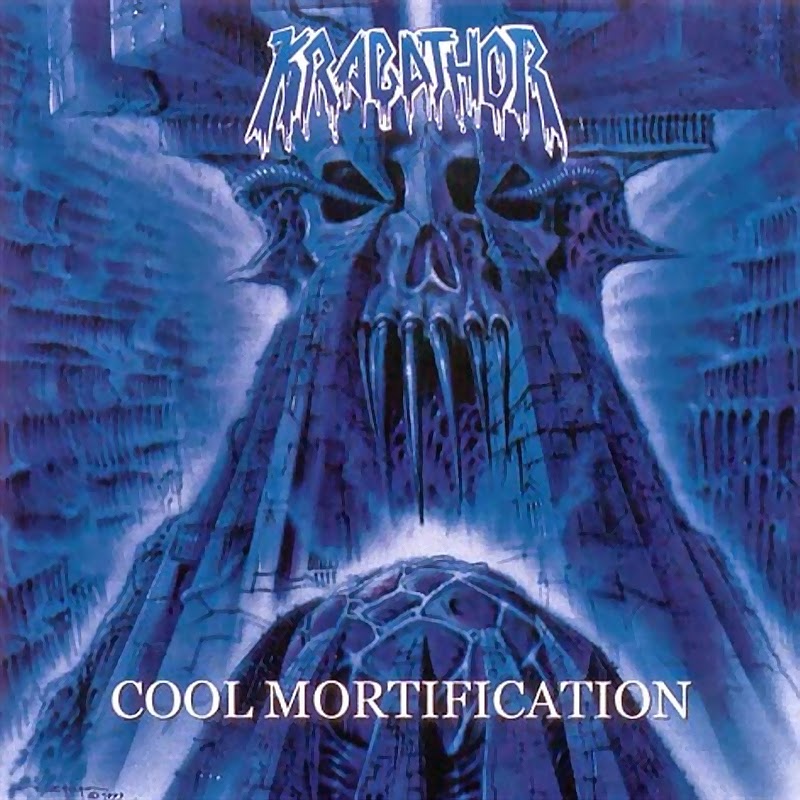 The mighty Avenger quietly released a new album recently and unsurprisingly it’s a fucking crusher of an album, but it got me thinking “what are some of the other Czech Republic death metal bands?” Avenger straddle the black/death metal genres and I’m fairly familiar (and enamored) with they countries black metal but I never stopped to really consider the death metal for some reason. A quick search later and the one that caught my eye immediately, and that was coming up most frequently was Krabathor (what a cool fucking name).

Now being used to the eclectic, theatrical, dramatic, and cult like stylings of my favorite Czech black metal bands, I wasn’t sure what to expect from the countries death metal. Krabathor fucking bring that death metal. Slightly technical with intricate riffs, interesting ideas, and an overall crushing thunder, the band reminds me a lot of the Florida death metal scene of the time. It’s more plodding with emphasis on the guitar, with more chuggy moments than speed, letting those killer riffs shine. Oh, and just fucking heavy as fuck with a solid production that emphasizes the darker, more brooding tone of the album and makes it seem like a the perfect soundtrack for when you’re down in the dungeon, or in this case, traversing the numerous castles of Prague with their twisted and disturbed sculptures all over the place (why yes, I have been, thanks for asking).

I’m confident is saying this countries metal output rarely lets me down and this is another killer band to add to the list.