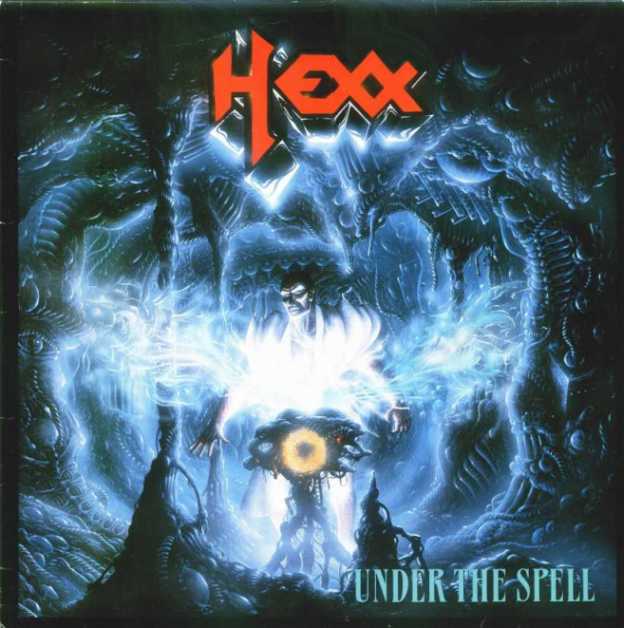 It’s been a hot minute since we’ve featured some good old fashioned, 80’s, American power metal on the blog, so in order to correct that oversight, here’s some fucking Hexx.

American power metal in the 80’s was like an entirely different beast than what it is today. It was so raw and rambunctious and huge, it’s easy to see why some bands were confused for or just went straight thrash. Hexx, at least on their first two albums, were more rooted in power metal with their rhythmic guitar work and grand songwriting but on album number two, Under the Speell, in stepped vocalist Dan Bryant (for his one and only Hexx outing) with his rougher, raspier, nastier, and direct vocals that led the band to embrace a more aggressive sound. Dan’s vocals are more thrash oriented in nature but their also a perfect match for the loftier moments of this album. This album is like a perfect melding of power metal and thrash, if you keep in mind the power metal styles of the 80’s. Sure, the thrash side is much more prominent but to say this is just a thrash album or just a power metal album would do it an injustice. It is fucking heavy as hell, full throttle all the way through, and in just over 30 minutes, the perfect amount of kick ass metal.

I know they have a new album coming out this year and I’m not sure if it’ll be a return to their earlier sound or a continuation of the more death metal sound they went with after this album. Who fucking knows, but Under the Spell fucking rules.