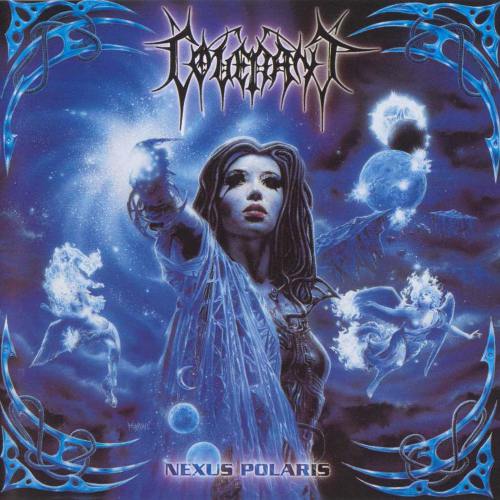 When I reviewed Covenant’s first album In Times Before the Light a couple years ago I never bothered to follow up with any of the rest of the bands career because the would eventually rechristen themselves a Kovenant and move into a electronic/industrial type band far beyond my realm of interest. In the Times Before the Light, I think, is a prime example of an underrated musical gem. It’s symphonic black metal majesty is severely overlooked in the genre, but before completely abandoning the style they put out one more album only a year later.

My buddy Ben Smasher described this album to me as “somewhere between Dimmu Borgir and Arcturus’ The Sham Mirrors.” High praise indeed especially since The Sham Mirrors is one of my favorite albums of ever, and he was exactly right. After Time, Covenant’s main two members, Stian Arnesen and Amund Svensson recruited some new members: Astennu, who was doing guitar duty in Dimmu Borgir at the time, Sverd who’s been Arcturus’ long time keyboard player, and legendary drummer Hellhammer, who along with being in Mayhem, was and is in Arcturus. Now that description makes much more sense.

Nexus finds the band going into more avant-garde areas like Arcturus would, but not as out there. It also has it’s symphonic elements but not as overblown as say Dimmu Borgir would have been, but it is rather riff heavy like Dimmu Borgir once was. So it exists in this weird middle ground straddling both the worlds of experimental and symphonic while wholly and utterly keeping it’s black metal presence. It’s rather fucking fantastic.

It also seems like kind of a testing ground for elements that Arcturus would explore in greater depths on later albums. Weird.

This album solidifies the idea that Covenant is criminally underrated. At least these first two albums. Those electronica albums must really suck to make people overlook these two classics.