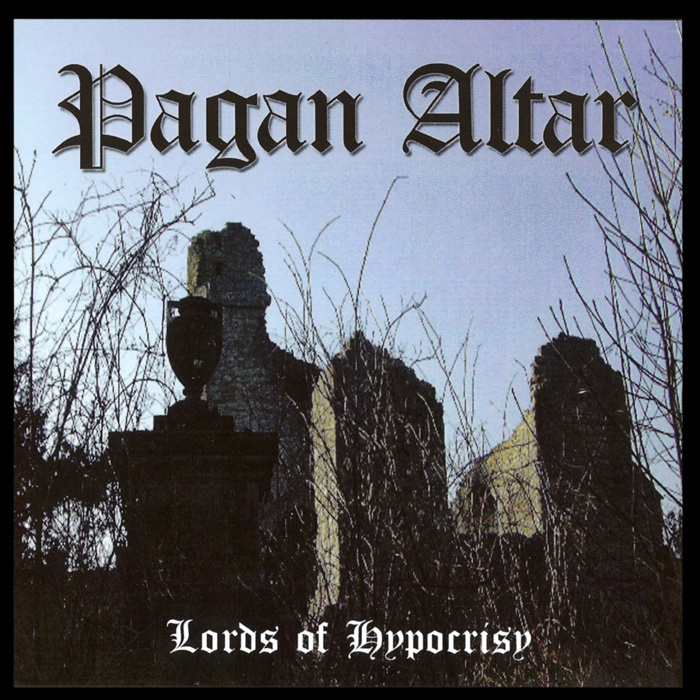 And here we go… another band that is right up my alley that I’ve never listened to. Don’t get me wrong, I’ve been very much aware of Pagan Altar for sometime now I just never took that dive, for whatever reason. And they always seem to be popping up around me. Somebody is always talking about Pagan Altar. Like recently they announced that their new and final album is being released shortly here in 2017. So now is the time for me to finally jump into, what some would say, is a legendary band.

Pagan Altar, it seems, was kicking around the NWOBHM scene in 1982 with their first demo Pagan Altar. Apparently they recorded their first album, Volume I, sometime around then but it wasn’t released properly until 1998, and then went dormant until their 2004 “return” album, Lords of Hypocrisy.  They were pretty steady for the next couple years then nothing again until lead singer Terry Jones’ death in 2015 and now this new album that was recorded (mostly) prior to his death.

But back to the return album, which I’m sure in 2004 seemed liked a fucking alien to the metal world. This is before the classic metal sound became reignited in the metal world and everybody was suddenly in a “trad” doom/meta/hard rock band. Unapologetically NWOBHM styled with a heavy dose of classic doom, Lords of Hypocrisy swaggers and chugs it’s way through fifty plus minutes of riff centric, rock heavy, rough and raw album of pure joy. The rougher production quality gives it that nice edge and the various instrumental/acoustic and classic sounding songs imbue it with a sense of cult like magic or some kind of mysticism. Also helping that feeling is Terry Jones high and nasally, banshee like vocals. He has the chops and a voice that is uniquely his own, especially shining on the song “The Masquerade” where a nice acoustic intro leads into a more ballad-y metal song.

I can see why this band and album are held in such high regard. With so many bands doing the “traditional” thing, Pagan Altar would be running circles around most of them.