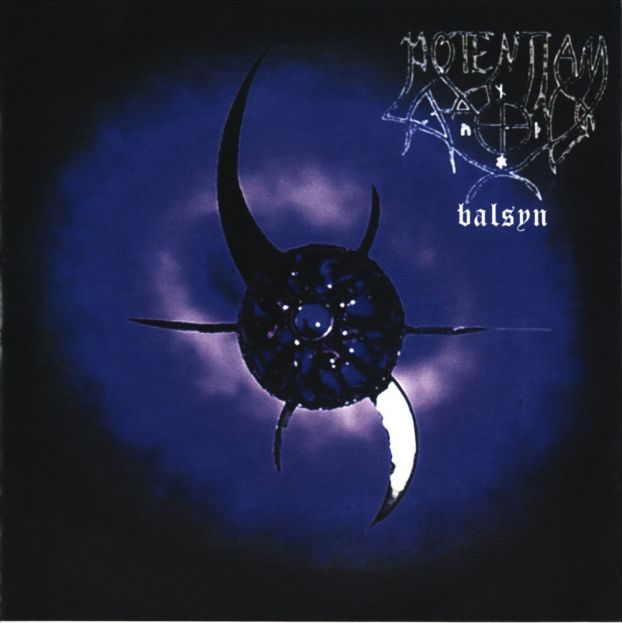 God damn. It’s albums like this that reaffirm how much I truly love metal. Not just because it’s a phenomenal album musically, but because until today I had no idea it existed. I’m not even sure how it got in my folder of “to explore” bands. Usually when that happens I chalk it up to my buddy Ben, but I digress. Everyday I find new albums or bands that are fucking incredible and that’s the power metal has. It never stops giving, and today it gave a ton.

When I think about it, I’m surprised Potentiam hasn’t come to my attention sooner. They are Icelandic and if you’ve been paying attention to the black metal (and somewhat death metal) worlds, Iceland has been blowing up with tons of top notch quality bands. Surely Potentiam would have their time. Well, this came out back in 1999, well before the current Icelandic metal invasion. They must have been complete outcasts back then. I can’t think of any contemporary black metal or even extreme bands in Iceland around that time. Hell, I didn’t even know this band existed.

Aside from the obscurity and seclusion of Icelandic extreme metal, this album is a fucking powerhouse of black metal. I say black metal because that’s what it is at it’s core. A very cold black metal, but building on that core is an insane sense of song structure and melody, gothic/dark themes and vocals, furious riffing, and even horns at one point. It’s almost avant-garde in a sense. I wouldn’t say experimental. Eclectic but not cluttered.

And heavy as fuck.

I’m going to go ahead and proclaim this one a lost masterpiece. How this isn’t worshipped is fucking beyond me.