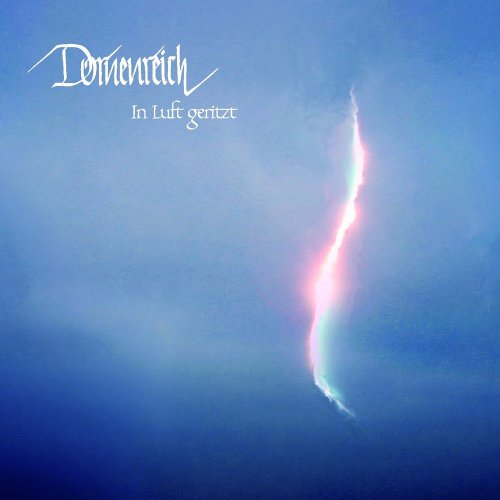 Hailing from Austria, Dornenreich play an atmospheric/symphonic/melodic form of black metal that is usually pretty solid and engaging. It should come as no surprise based on the folk elements of their sound that when they decided to do a non-metal album, it’s super folk based. Metal and folk have had a long relationship and this isn’t new ground here, especially for the more atmospheric bands, to either be part of folk/acoustic bands, or have entirely folk songs on their albums.

In Lift geritzt has a particularly traditional sound, composed entirely of acoustic guitar and violin. I’m not sure what traditional Austrian folk music sounds like, but this music sounds aged. There’s also an immediacy, or anger to it. It’s fairly well paced. I wouldn’t say fast but there’s an aggression to it. I mostly get this feeling from vocalist Eviga’s growled and snarled vocals. It’s an interesting balance to have him singing that way, eschewing traditional sung or clean vocals you would expect accompanying folk music.

I dig this band. I may not listen to them all the time but when I come back to them they always deliver. This album is a welcome departure from their normal sound and a damn fine listen. Get fucking folky.