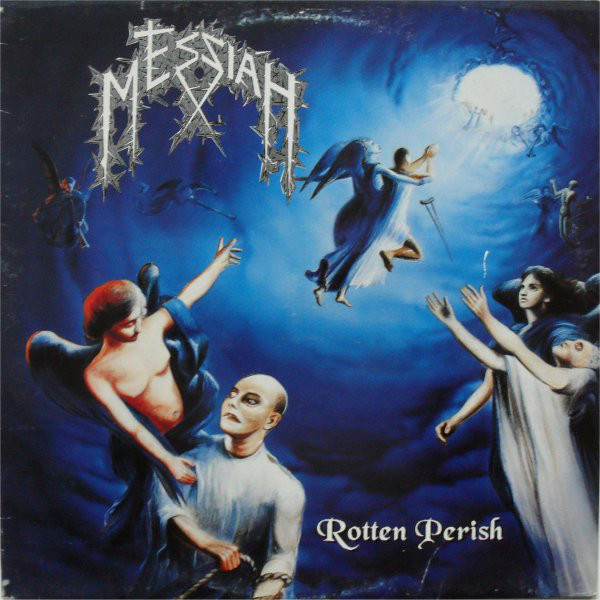 1992 was the year death metal dominated in metal. The genre was exploding and already drawing to it’s eventual over-saturation. Most bands were trying to up the ante, heavier, more brutal, more gory but over in Switzerland Messiah was not playing that game.

Technically proficient and equal parts thrash and death metal, Messiah fits in the middle death era, crafting unique and complex songs while taking the lyrical focus in different directions. Rotten Perish is a concept album about failure, death, and sickness as witnessed and told by a child narrator. The child lays out the story in the first song then we’re off to the races.

While the concept does dominate the album it’s one of those concept albums that can be enjoyed without the overall story. Musically at least, and musically is where Messiah shine. Killer fucking riffs, technically astounding and, again, catchy as all fuck. Thrash and death metal often straddle the same fence but Messiah manages to make something all their own out of it as they know how to integrate the two without focussing songs too far on the thrash side or too to the death side. It’s a perfect blend of styles and a unique and crushing album forgotten among the masses.