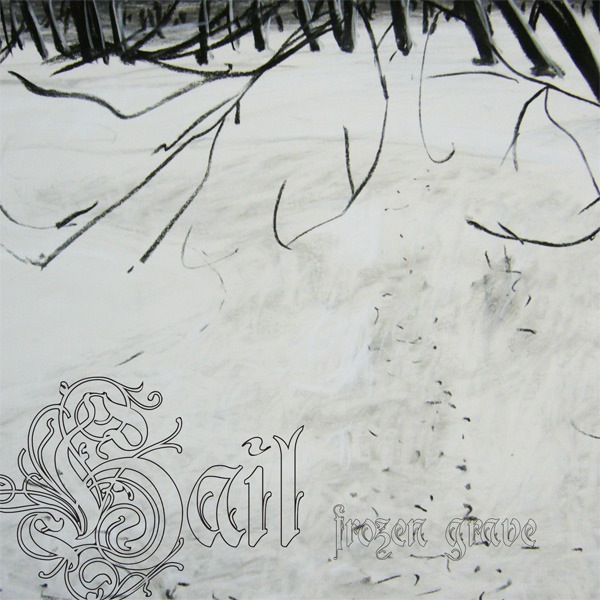 I recently ordered the vinyl version of Skago’s Ast from Pesanta Urfolk (for $10 including shipping, what a fucking deal!) and when it arrived it came with the vinyl for Hail’s Frozen Grave. The vinyl release was beautifully designed and packaged but I was completely unfamiliar with the band so, naturally, I had to familiarize myself with them.

To my surprise, the band has members of Yob (fuck yes) and is the side project (possibly) of some of the members of L’Acephale, a band I’m not familiar with but seem to have a reputation of quality.

The music itself is heavily folk ladened, experimental/atmospheric black metal. There’s a heavy focus on ethereal acoustic guitar driven parts with some echoing, distant, clean, spoken vocals that I think, are the really shining moments of this album. It’s rather beautiful through and through. It’s a very passionate album. The balance of the black metal fury and the noise styled, atmospheric parts is masterfully crafted and the whole album feels like one long, adventurous song. Pretty fucking rad for a free album I never asked for or never heard of.

Aaaannnnnnd I could only find an audio sample from their first album. It’s close to what Frozen Grave sounds like, albeit more European. Anywho, check it out.