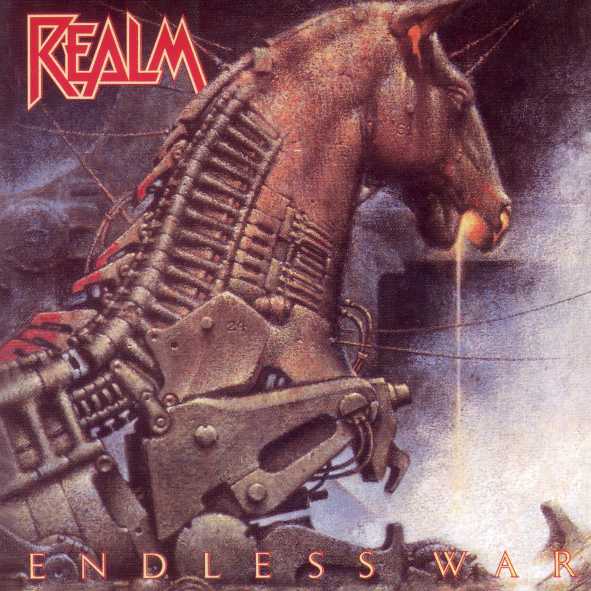 For a genre of metal that reached such high exposure, there are so many bands that got left in it’s wake, sorely under-appreciated, even during it’s retro revival in the oughts. I’ve said it before and I’ll say it again, a lot of these bands were playing circles around the “big four” and it’s almost criminal they never found a larger audience like those did. Such is the way of the world, I suppose. That leaves us with Realm, an insanely infectious and technical thrash metal band from Wisconsin.

The band only released two full-lengths, the second of which I haven’t heard, but this one, Endless War, is what thrash dreams are made of. They blaze through songs, jam packed with intricate and catchy riffs but do it all so effortlessly you barely have time to comprehend the technicality of it all. That’s the kind of technical metal I like, where it compliments the music as opposed to the players just showing off. Despite the technicality, it’s still thrash as fuck and dare I say, borderline power metal? Just take a listen to their raucous take on The Beatles (yeah) “Eleanor Rigby.” It’s as close to power metal as the Fab Four have ever come, as far as I know.

The rabbit hole of underrated thrash bands is seemingly never ending and Realm is one of those bands that needs to come out the top of it. Thrash your ears off.