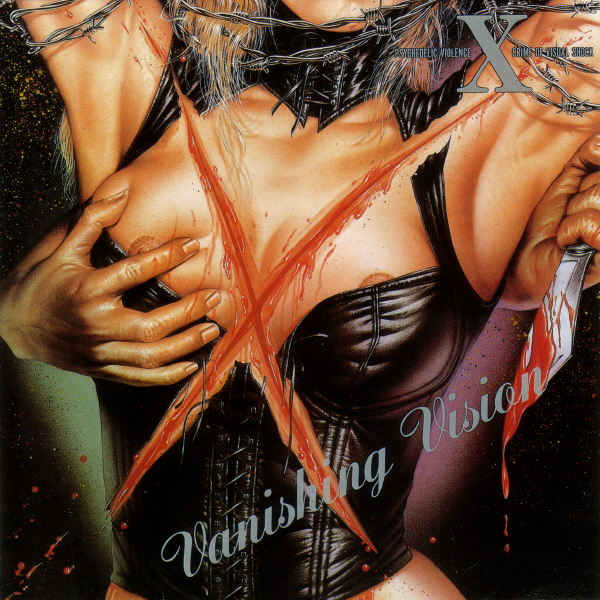 I don’t get over to Japan very often on this blog and I’ve never had a Japanese power/speed/classic metal band on here before. It’s not a country whose metal contributions I’m as familiar with as Europe and America but whenever I do take a trip there I usually find something pretty fucking rad.

This time it was X Japan, who as I mentioned, combine the best elements of early power metal, speed metal, and some classic metal to create their almost thrash with pop sensibilities brand of metal. It’s an awesome mix, if not bordering the cheesy realm, but you have to expect some cheese with “J Metal” and these guys are credited with being the the grandfathers, if not originators of that style. If you’ve ever watched an anime from the 90′s you’ve most likely heard the super fast and melodic power metal infused with incredible poppy styles. X Japan aren’t there on this album but you can hear how it would have influenced that.

Despite the terrible cover art, this album is pretty fucking rad. If you can stomach the cheese and like some 80′s styled metal with killer riffs, this one is for you.