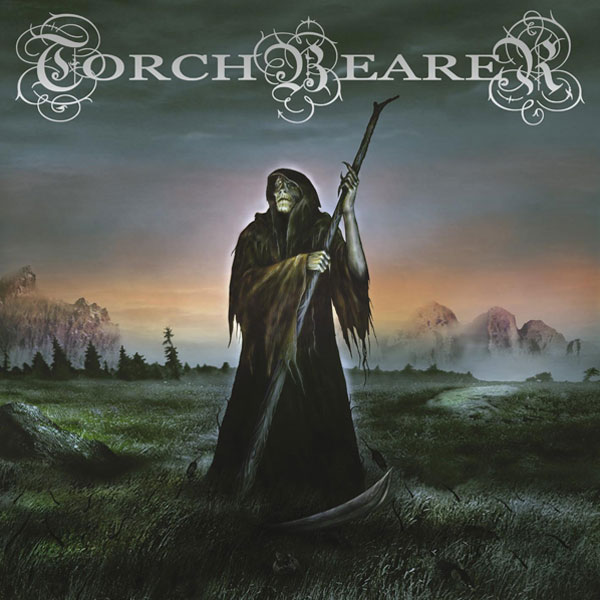 My buddy knows of my weakness for Swedish black and death metal and he always has these awesome, obscure Swedish relics that despite how much digging I do, I’ve never heard of. Torchbearer is one such example.

On their first album, Torchbearer are melding a more classic style of Swedish death metal with some blackened influences. It’s fairly straightforward and there’s parts of it that remind me of fellow Swedish death metal-ers The Crown in their almost cavalier rock attitude towards the music (almost thrash) but then it comes crushing back to death metal. There’s also some nice tech-death flairs in there that remind me more of American death metal bands. It’s a hodgepodge for sure.

The album itself is based around the Bubonic Plague, Yersinia Pestis being the disease rats carried that caused it. Who says learning can’t be fun?

Their follow up album, Warnments takes all the elements of their debut, ups the intensity, drops some of the black metal sound and adds in some killer Swedish melody and makes the whole thing just even more killer. The songs aren’t overly complicated and they get straight to crushing without much lead up. This one just burns from beginning to end. Again, kind of reminds me of The Crown.

Following up on the concept album idea, this one is all about the The Battle of Jutland, a Word War I naval battle fought between the British and the German. I’m no war buff and no little about WWI so this seems extremely obscure to me. Maybe it’s more prominently know in Europe, but either way, the music sounds like a fucking battle is happening.

If you’re wanting to plunder more hidden gems from Sweden, or your interested in death metal concept albums, give these guys a shot. They fucking crush it.