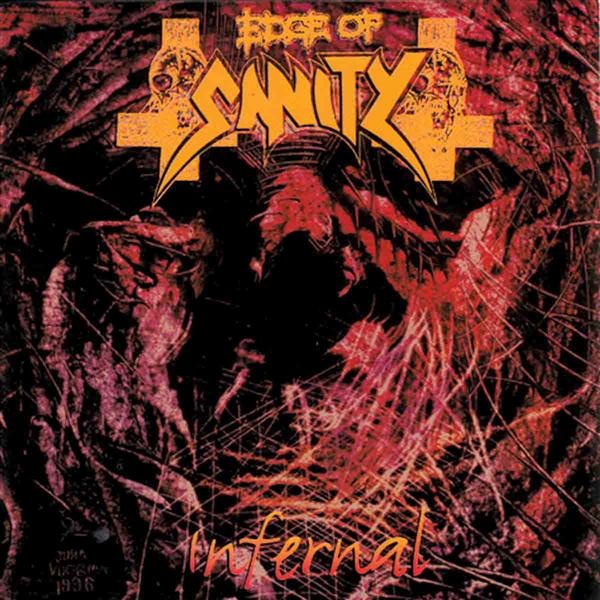 My buddy Ben got me on an Edge of Sanity kick and suggested I try their 1997 album Infernal out. I was already familiar with the band, loving their albums Crimson and Purgatory Afterglow but hey, it’s Dan Swanö and I’m a slight fanboy of his. Who is Dan Swanö you say? The absurdity of that question is staggering. I suggest you look him up, posthaste. Suffice to say, Swanö had a tremendous hand in cultivating, producing, engineering, and playing in some of the most crucial Swedish metal bands and helped shape the classic sound everybody knows and loves and rips off today. Edge of Sanity was his progressive/death metal band, and possibly the most prolific of all the bands he’s been a part of. At least the band he’s been a part of most consistently.

As far as the album goes, and from the other two albums I’ve heard from this band, I’d say Infernal is on the same level. There’s the awesome progressive bend, the creative and unique guitar work, and the insanely catchy and often beautifully melodic that I’ve come to associate with Swanö. They clean vocal tracks are also a bit of a staple and they’re always handled well and don’t detract from the heavier moments on the album, a testament to Swanö’s producer skills.

I’m not sure what you’re waiting for. Look up some of his work, whether it be this or something else, and get ready for an endless barrage of awesome Swedish metal.