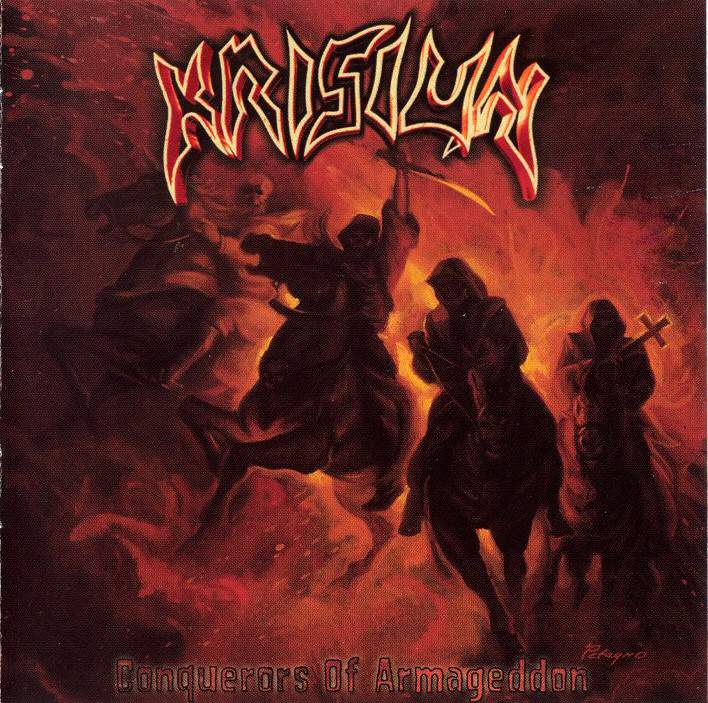 I need a barrage of crushing death metal today and who fits that bill better than Krisiun?

Krisiun is one of my more favorite death metal bands but as I came into liking them only a couple years ago I haven’t delved much into their back catalog, at least not all the way back. I saw the band live last year, and they fucking DESTROYED, but they also favored a lot of their older stuff so I decided I’d delve more into it. Well, now here I am, doing just that.

Conquerors is their third full length album and if there’s one thing about Krisiun, they don’t fuck with their established strengths. This is straight forward, no frills, death metal with amazing riffs and a pummeling bulldozer approach. They just go into it and blast you with death metal and their new albums are much the same. That classic Krisiun, short punctuated, lead riffing is ever present. If I noticed much of a difference between this album and their last couple it’s that this one is faster, slightly more chaotic, but it’s sure Krisiun, which is to say, killer fucking death metal.