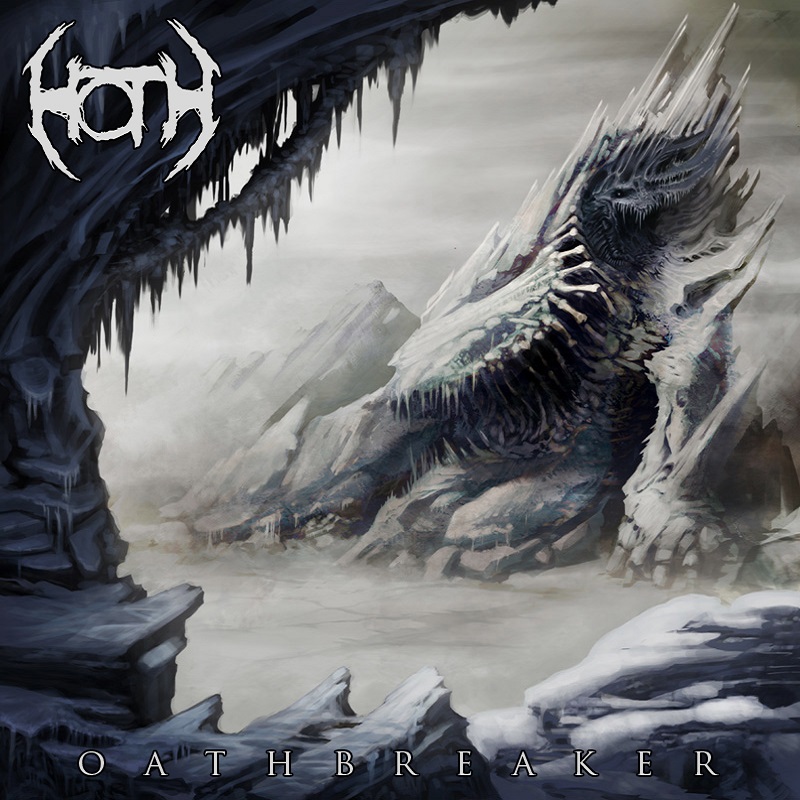 Let’s get it out of the way: Hoth is a Star Wars themed black metal band and while that may seem exceedingly nerdy and gimmicky and conjure up visions of a comic convention gone bad, the bad could not have a more respectful handling of the source material. Taking a step away from their debut album where they did go full Star Wars with songs like “Torn Asunder by a Wampa” and “The Rancor” Oathbreaker takes a more conceptual approach to this album, which is all about of the life of Darth Vader. Instead of going for the obvious and name dropping characters, places and events from the movies, Hoth focusses more on the ideas of what made Vader tick, suffer, and exist. By doing so if you’re super in to Star Wars you can appreciate the albums purpose and if not, you get a kick as black metal album.

For the sake of this review though, let’s take a minute to focus on the Star Wars theme. It’s probably the darkest and sinister and well, just plain metal take on Darth Vader you’re likely to hear. Take for example the lyrics to “Despair”:

“I feel my body burning; my soul is split in two,
Cut down and left to die, I clutch the earth in mortal terror,
blackened flesh, eviscerated, I choke on ash and curse his name”

Fuck yes. Aside from the Star Wars themes, the band fucking shreds as they rip through just about an hour of incredible melodic black metal. It’s a bit Dissection-ish at times but more of a flavoring and a nod to what’s clearly another influence on the band.

In the end, this is one of my favorite things to be spawned from the Star Wars movies, dealing with my all time favorite fictional character. If you’re a Star Wars fan or at all inclined to liking metal, give this one a shot and get ready for Episode 7 with a banging head.