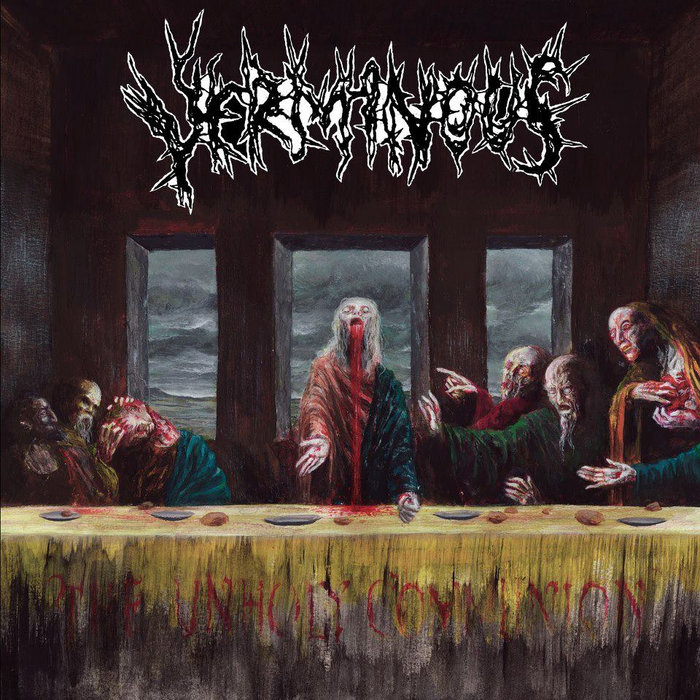 Verminous is a band I’ve just now become aware of. It seems they released an album in 2003 then disappeared for ten years, then releasing this beast of an album, and it is a beast.

This album gets right down to it. It’s just a thirty-two minute, death metal assault, chock full of all the good things you’ve come to know about death metal. It’s fiercely satanic, crushingly heavy, and impressively written. There’s not much room for exploration or progression as it just blazes along it’s path, content on crushing your skull under it’s death metal weight.

The band hails from Sweden but forgoes the ever so popular melodic approach instead favoring a traditional, classic Swedish death metal style. They aren’t paying homage to that sound like so many current bands but borrowing the elements that made the early Swedish death metal so enduring.

This one isn’t changing any games, nor should it be meant to. It’s just a full on, death metal assault.