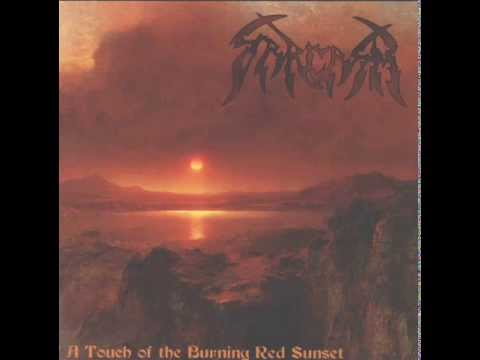 Ah Sweden, you rarely do me wrong and your metal soil proves time and time again how fertile it is. Even the things buried deeper. Things like Sarcasm.

Sarcasm was only active from 1990 to 1994 releasing a handful of demos, which a couple of were collected on this 1998 release. While they are classified as a death metal band, they straddle the fence of death and black metal. There are all the glorious, early Swedish death metal tropes, played masterfully, but every so often they delve into some furiously punishing riffs and blast beats that coupled with the vocals sound very similar to the second wave of black metal coming out of Norway at the time. Wherever it falls, this collection of music is rough, unrelenting, and soaked in a dreary atmosphere. There are keyboard effects that push the dreary side out a bit but it’s well mixed with the rest of the band and serves more as atmosphere than an actual instrument.

Overall all this album can mostly be summed up by saying, “fuck yes.” This is killer stuff and by now you should know that if it’s from Sweden and extreme it’s got a good chance of being excellent.