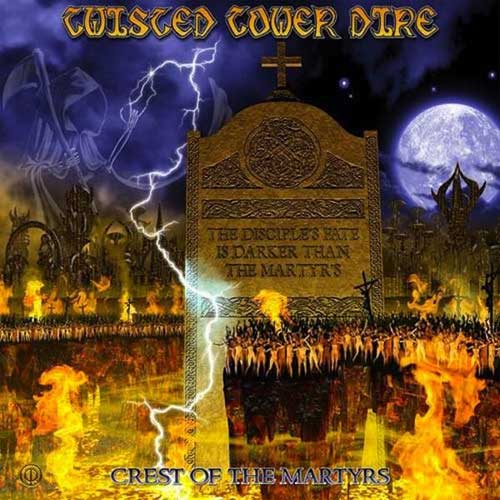 I love Twisted Tower Dire. Ever since a couple years ago when my buddy and metal guru shared with me their most recent album Make it Dark I was hooked. As it’s been with so many other bands, I so thoroughly enjoyed Make it Dark it took me forever to go back and listen to anything else by the band. Which is kind of a shame because this band brings it every time.

I tend to separate all albums before Make it Dark as Dark saw a new singer come into the fold after the death of their long time singer. I think there’s a vast difference in the two singers as well. Neither are bad and actually serve the band tremendously but I think Tony Taylor (RIP) may have had the more powerful voice.

“But what about the music, Kevin?” To be completely honest, Twisted Tower Dire are not doing anything unique or original, nor do I expect or want them to. While Metal Archives has them tagged as “power metal” I think the band is more in line with traditional heavy metal and those early 80′s epic metal bands like Omen, covered with a dusting of the New Wave of British Heavy Metal bombast. The overall theme of their songs are fairly traditionally power metal. Epic battling, being true to yourself, soaring spirits etc.

The thing about Twisted is they so lovingly and enthusiastically pay homage to all the things they love about heavy metal it’s hard to not get caught up in the killer song write fervor. They may not be breaking new ground but the ground they’re coving is so well laid, it doesn’t matter. So get those fucking fists in the air jam some Twisted Tower Dire. You’ll be hard pressed to have more fun listening to music.