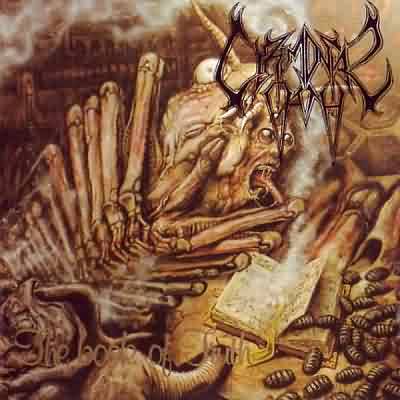 This is a curious album. A couple well-known bands usually get the credit for the creation of the “Gothenburg” melodic death metal sound but Ceremonial Oath predate some of those bands and even had members go on to form highly influential bands in that scene or join bands right when their sound was developing the Gothenburg sound. Members of In Flames can be traced directly to Ceremonial Oath. They’ve also had members end up in the incredible Tiamat and power metal revivalists Hammerfall.

As far as the album goes. You can definitely hear some of what would influence the Gothenburg sound, but it’s not the main focus. It’s without a doubt death metal and the focus is primarily on the guitar but it’s more of a weird mash up of classic Swedish death metal, ramped up slightly with a good dose of the American death metal that was gaining so much attention at the time. It’s a bit more fierce and bit more complex.

I had not heard this album or even this band until my buddy suggested it to me and it seems a crying shame they aren’t more recognized when it comes to the history of this sound. This album is fucking killer.