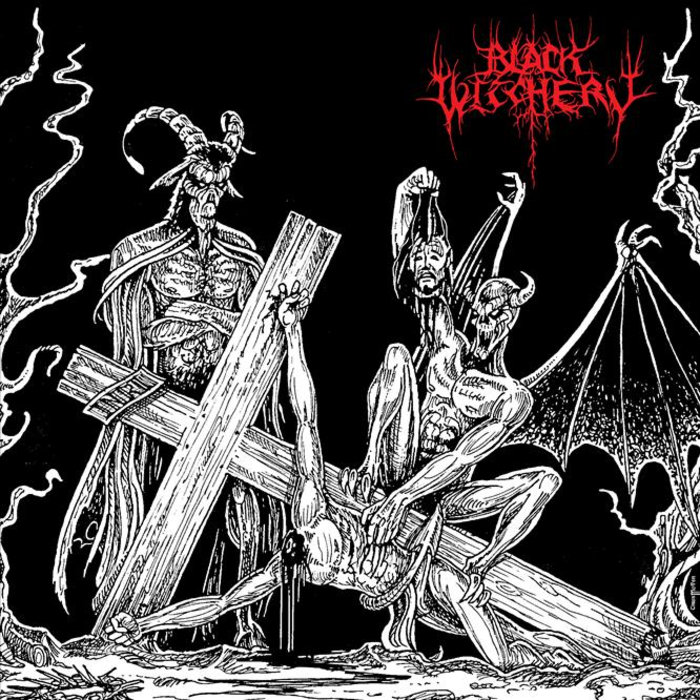 I’m a big Revenge fan and this year when they released a new split with the band Black Witchery, I decided I needed to hear more from this band. Black Witchery have a lot in common with Revenge. That blistering, break neck paced, black/death metal. Unrelenting in it’s fury and anger. One might say both bands owe a good amount to the great Canadian band Blasphemy. Regardless, this is not a refined metal album. If you’re looking for clear production or catchy melody, look elsewhere. This is straight for the throat aggression with no time for fluff, noodling or atmosphere.

Now let’s play the metal band match up game. Black Witchery has members who went on to be in Perdition Temple, which formed after the end of Angelcorpse. Angelcorpse had members that were in Revenge. So there you have it. A nice cycle of face scorching metal to check out, and I suggest you do. Every single one of the bands I mentioned here are worth your time.