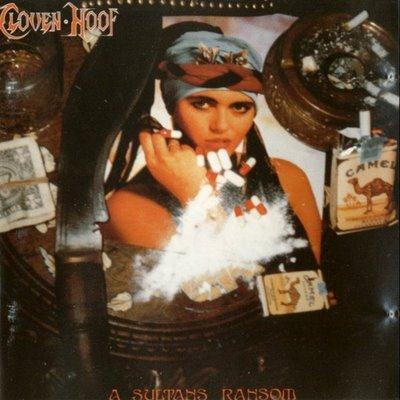 I like this 80′s classic heavy/power metal trip I’m on, so let’s stay there for today.

Cloven Hoof get credited as a NWOBHM band (New Wave of British Heavy Metal if’n you’re wondering). They were a bit theatrical when they started, with each member taking on a natural element and dressing the part. While they did get in at the tail end of the NWOBHM (and being from the UK) the band is sonically closer to power metal. The songs are all about different fantastical things. There’s even a song about the Silver Surfer. To my ears, there’s not much in the way of NWOBHM to this band. Maybe the vocals and there are a few Maiden like chugging riffs, but this is some straight up, 80′s power metal. While the band may be flashy, the music is straight forward, rocking and at times a bit epic, like all good power metal is. A weird anomaly from the dust bins of metal past, but an awesome discovery to be sure.