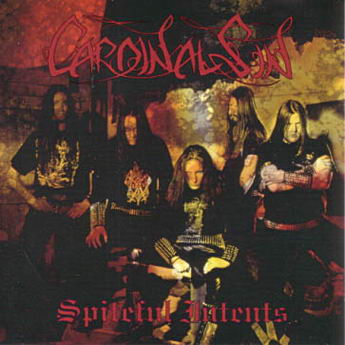 I’m sticking with Sweden today and going with Cardinal Sin. Formed by John Zwetsloot after leaving Dissection in 1994, John got some members of Marduk, Allegiance and various other Swedish extreme metal bands together to produce and release Cardinal Sin’s only EP. Clocking in at 17 minutes, this album is bursting at the brim with fantastic Swedish black metal melodic riffing and songwriting. Given that Zwetsloot was in Dissection, if you’re familiar with Dissection (and why wouldn’t you be) you have an idea of the sound this band produces. Icy cold, furious, melodic black metal. Is it as classic as Dissection? Probably not, but if you’re looking to fill in your Swedish black metal gaps and hear a great Dissection off-shoot, then maybe give this album 17 lousy minutes of your life.