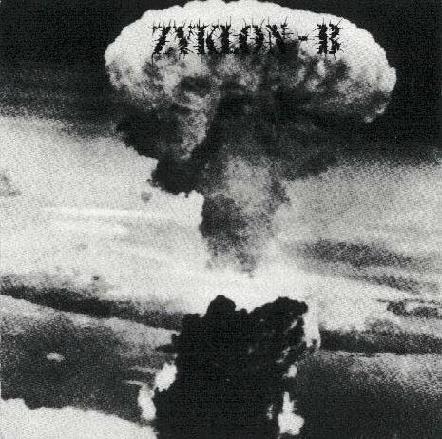 Welcome to my new blog series! The goal of this series is similar to the doom series except I’ve expanded the parameters to include all of metal-dom. Well, not all of it. By now you know I favor extreme metal and even within such an under the radar musical genre, there are still vast amounts of incredible albums that get overlooked, lost in the shuffle or just forgotten with time. I aim to shed some light on these albums. You won’t find the typical and well-known bands on here. You will find some of their obscure side projects, bands with one album, obscure 90′s relics and new bands that deserve the praise, amongst others. So with that in mind I give you the first installment… Zyklon-B!

Given the pedigree of the members in this band I’m not exactly sure why this doesn’t get more praise. Hell, I only heard them for the first time a month or so ago. What pedigree is that you speak of?  Well… let’s see. On drums we have Frost from Satyricon, 1349, Gorgoroth and Keep of Kalessin. On Guitar and Bass there’s Samoth from Emperor, Arcturus as well as Gorgoroth and Satryicon. Ihsahn, from Emperor of course, is on keyboards and rounding out the band on vocals is the incredible Graug Aldrahn, from Dodheimsgard, The Deathtrip, Thorns and Old Man’s Child. Holy shit, I know. If you don’t know I highly suggest you check out ALL of these bands. They are some of the cream of the crop of black metal and among them have numerous classic albums.

With all those bands, what kind of music would a collaboration produce? Some of the angriest, most hate-filled black metal you’ve ever heard. It’s the sound of total war against the human race. The caliber of musicianship on this album is without question so you can pretty much assume it’s well played, written and executed. But the hate… SO much hate, and packed all into barely 11 minutes. This is a phenomenal release and the only downside to it, is its length. I wish they released a full length but there is something beautiful about having only 11 minutes of full on aggression from these guys. Check it out below. You have no reason not to.